The Rocket Job Web Interface is used for managing and monitoring Rocket Job.

Rocket Job Web Interface first opens with the list of running jobs in the system, listed in reverse chronological order. I.e. With the newest job at the top.

Select a job in Rocket Job Web Interface to see more details about the status of that job: 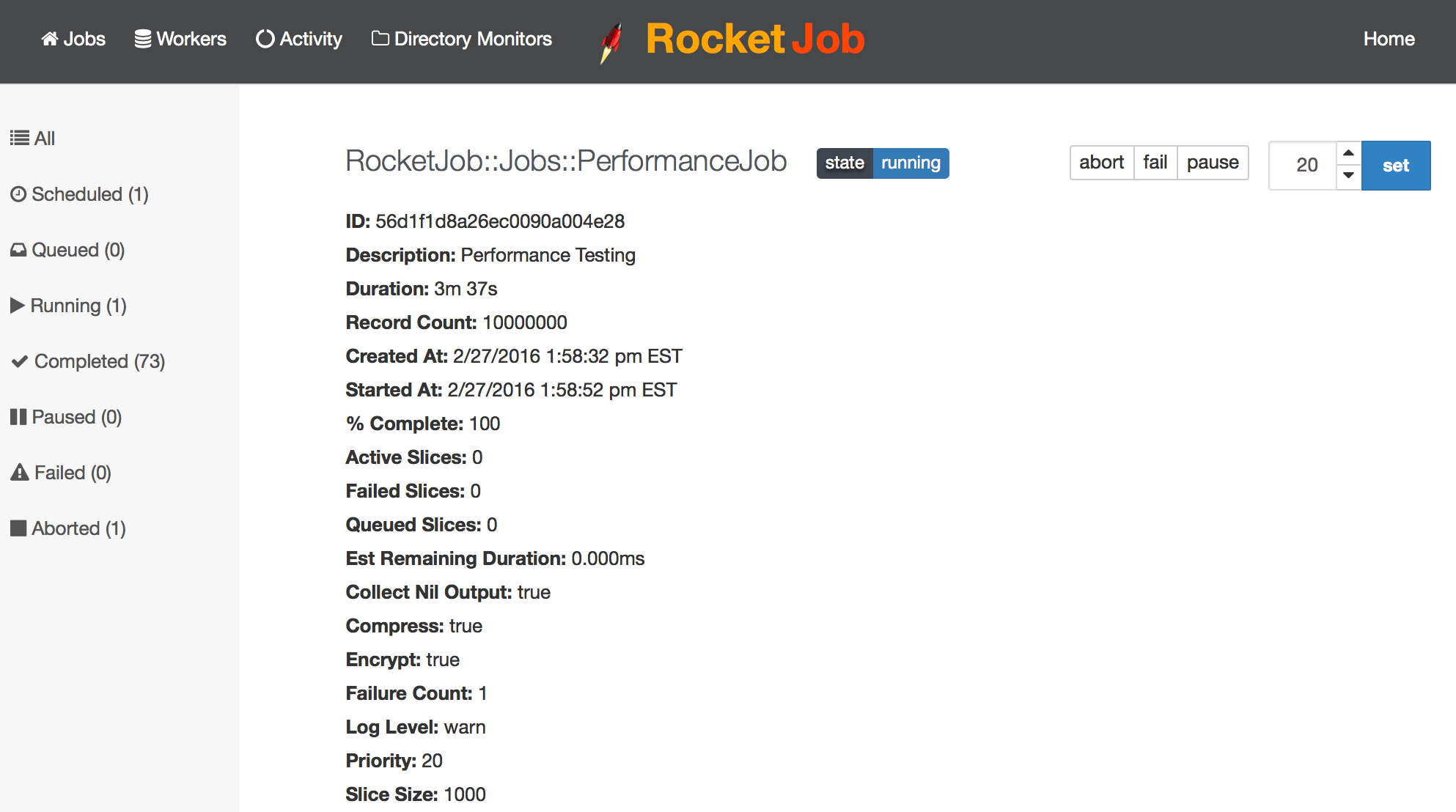 Based on the state of the job, the relevant actions will appear:

For example for a failed job: 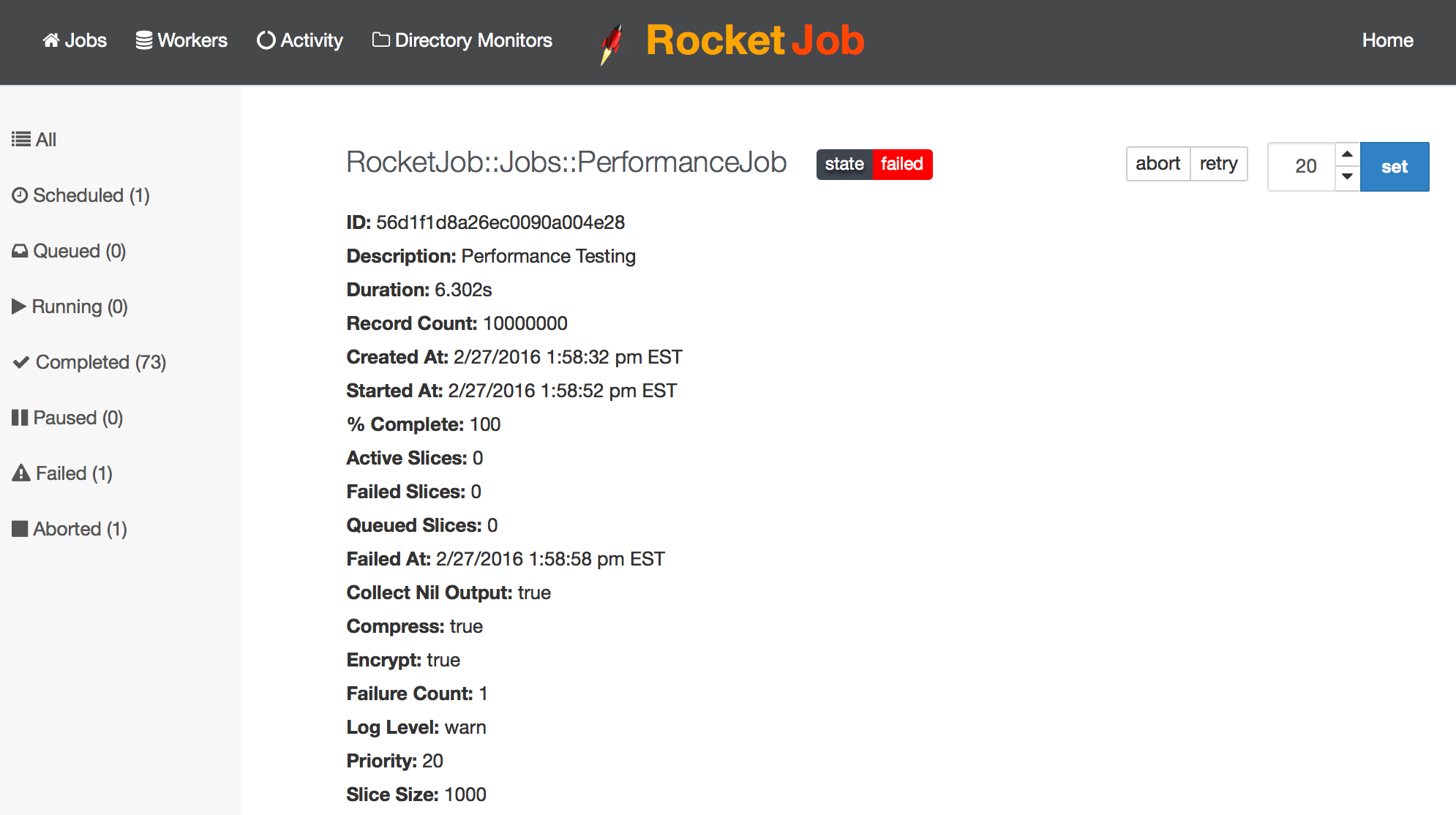 Scheduled jobs are jobs scheduled to be run in the future and include jobs that repeat such as Cron Jobs.

To run a job immediately instead of waiting until its next scheduled time, select the Run button. 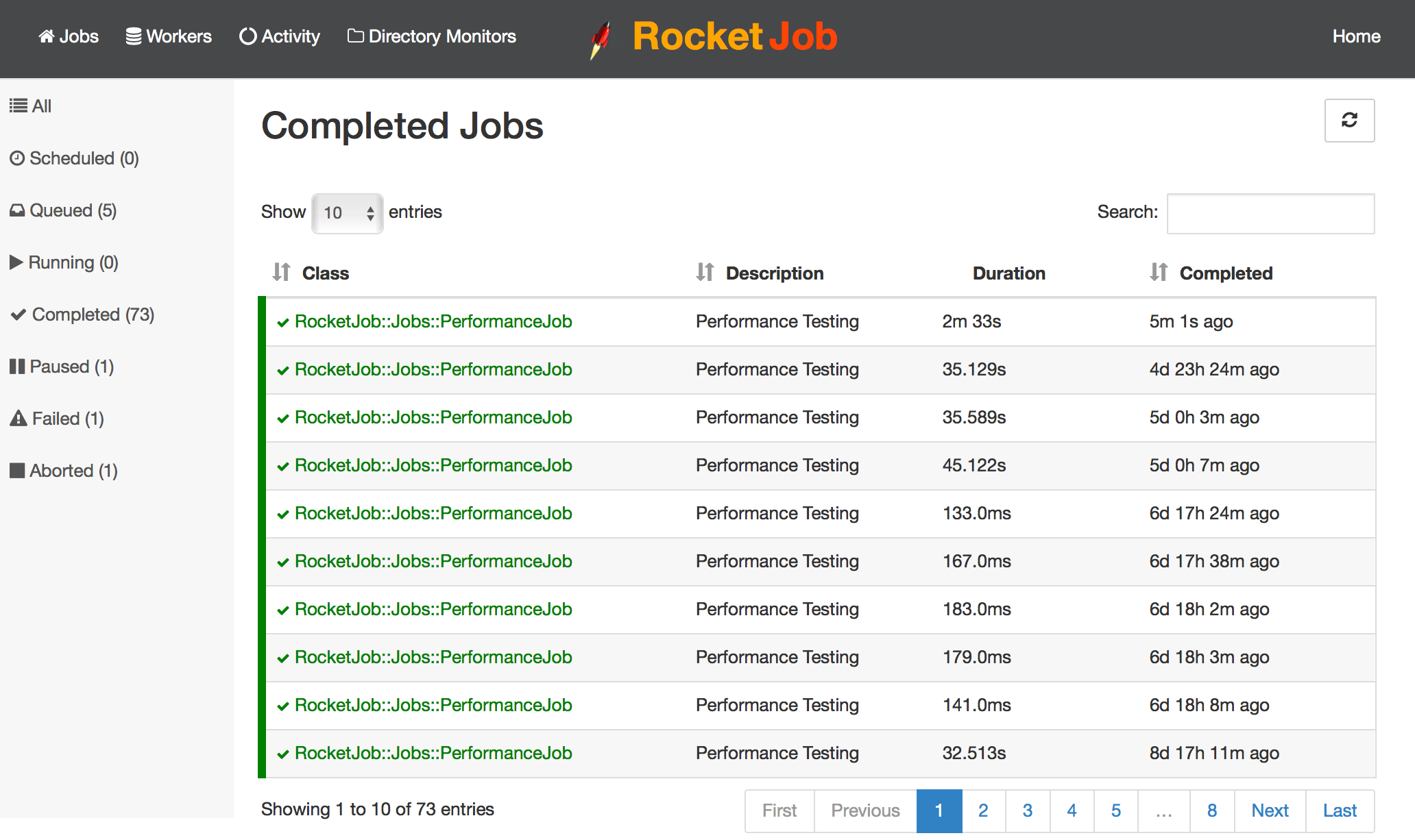 To see what each worker is currently busy with select the Activity menu option: 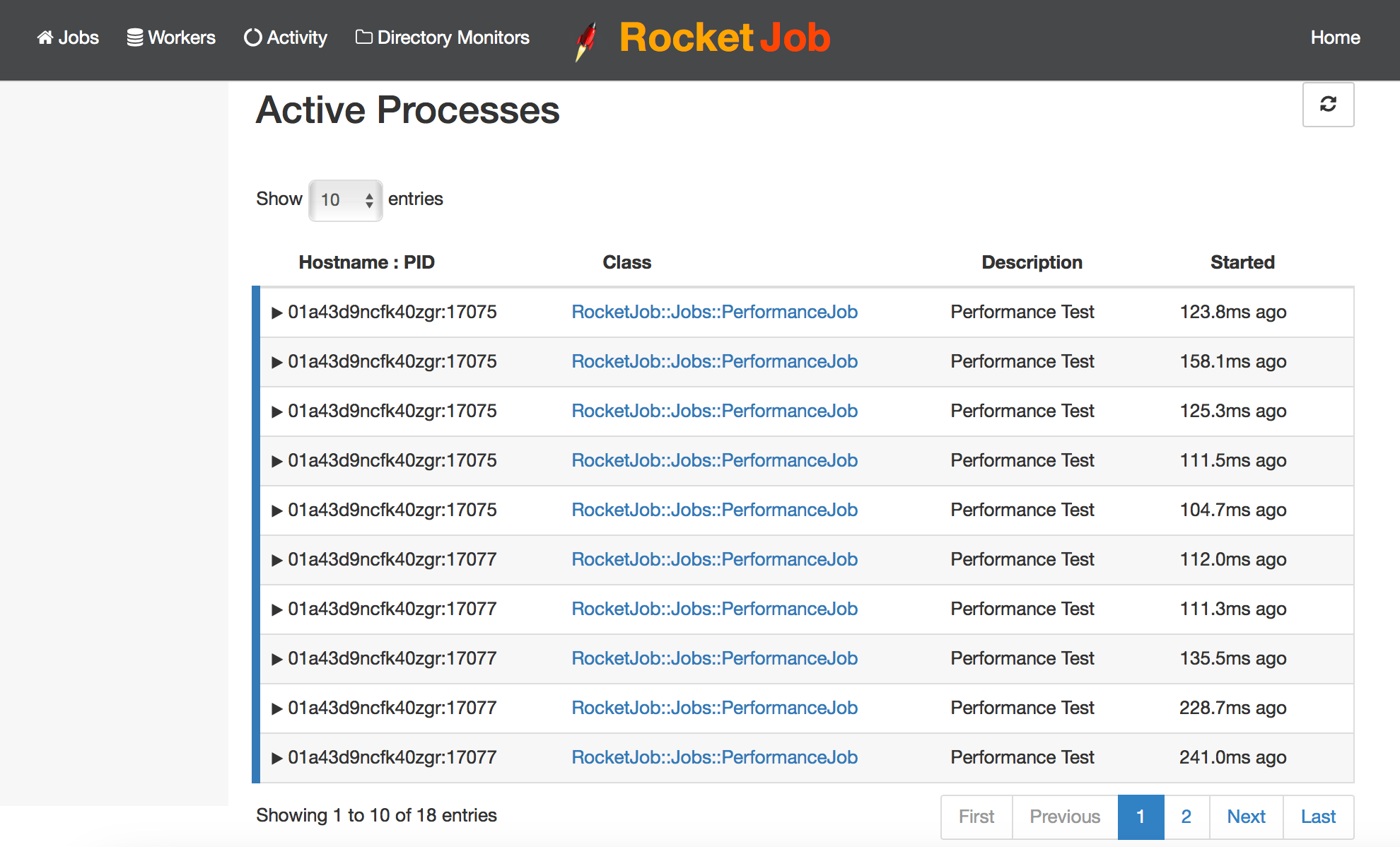 Each worker can be managed individually, or to pause all current work, select Pause All.

The workers can be resumed later by selecting Resume All.

To shutdown all workers via Rocket Job Web Interface, click on Actions and select Stop All.